“When my mother first taught me to draw the map of Palestine, I used to simply draw it as a standing equilateral triangle. Later I got to know that it isn’t exactly equilateral, its lower side is longer than the upper one, and the later is concaved with a salient closer to its top, and the upper angle is actually a flat straight line with another salient coming up towards the north. There is also Tiberias lack, and the Dead Sea, and the many destroyed villages and the 1948 green line, and there is Israel and the West Bank, and Gaza Strip, and Oslo accords, and Area A and Area B, and C, and H1, and H2, and the checkpoints, and The Wall, and the settlements, and I don’t know what and when and how… but till now, when I want to draw Palestine map, I draw it as a standing equilateral triangle.” 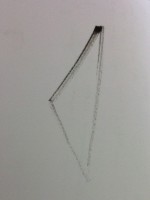 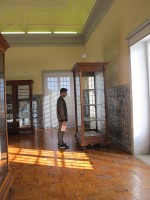