The sea is always and incessantly to the west of where I live. That night, we drove towards it. The darkness between the sea and where we were standing made the distance between us collapse and disappear. The sea looked close… reachable… We drove west that night. On the way we reached this car dump, it looked like a deep black sea. It is located in Rafat area, on the very edge of Ramallah, just between Area A and Area C, on the border-line. It is filled with dismantled car parts. The guys there allowed us to take photos as long as they didn’t appear in them. Some of the cars are stolen, some are legally dumped. They said this makes it harder for the Israeli army to figure out which is which. We drove west that night, but we didn’t reach the sea… We stopped just after the car dump, we were not allowed to drive further west. I wanted to take a photo of the newly found sea… But, by mistake, the camera fell off the tripod. The sea at that point receded back endlessly, far away into the west. 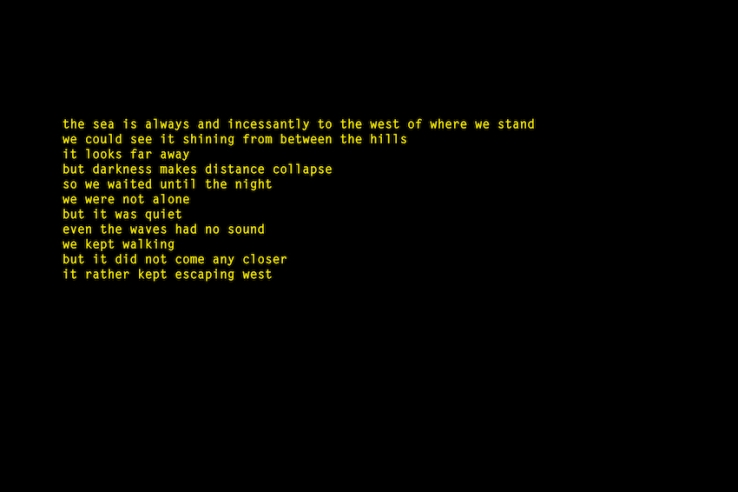 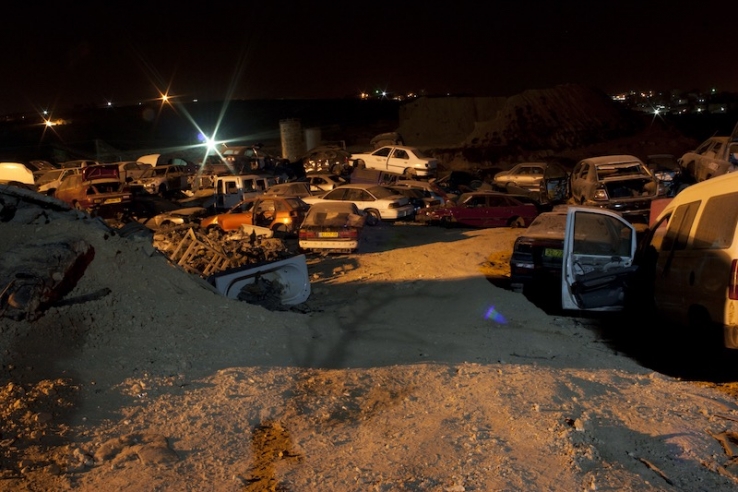 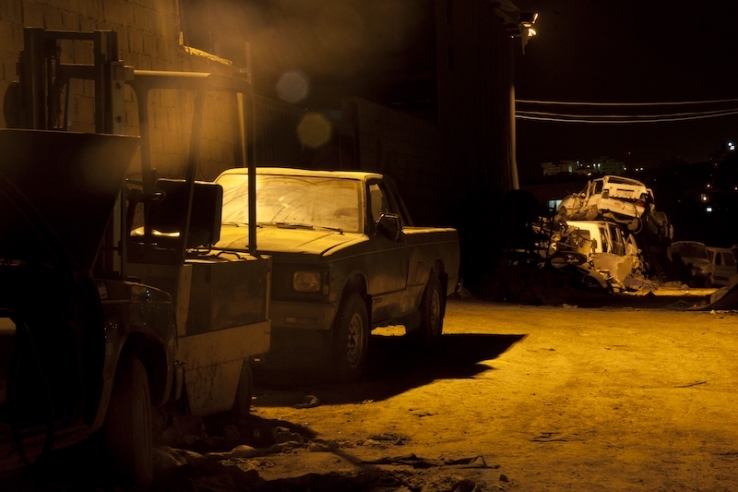 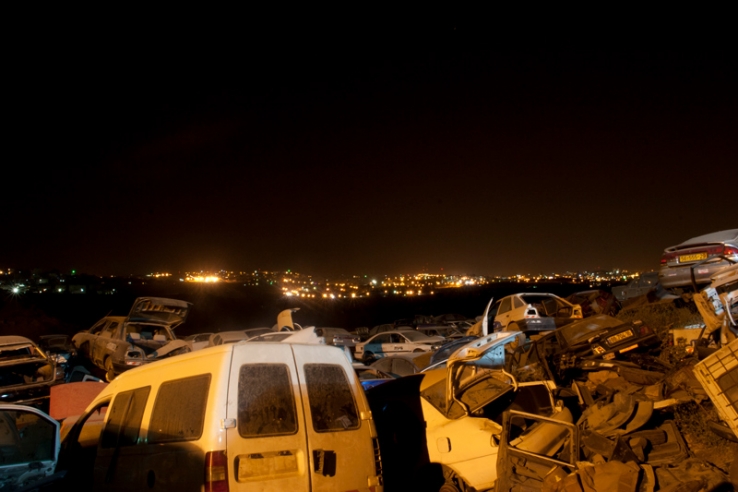 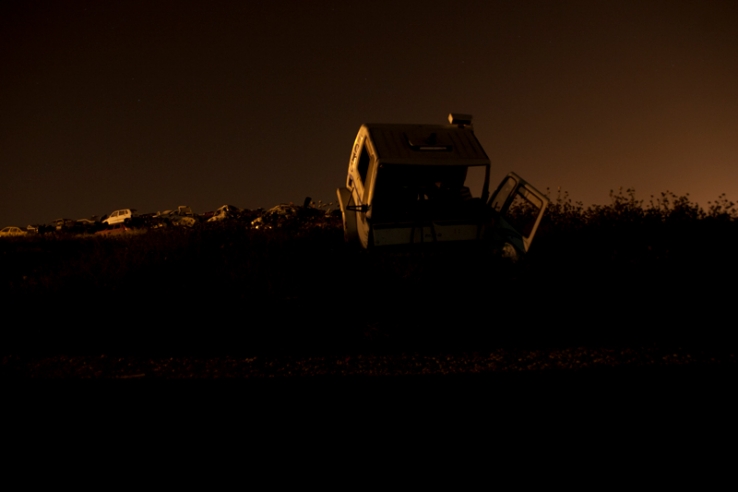 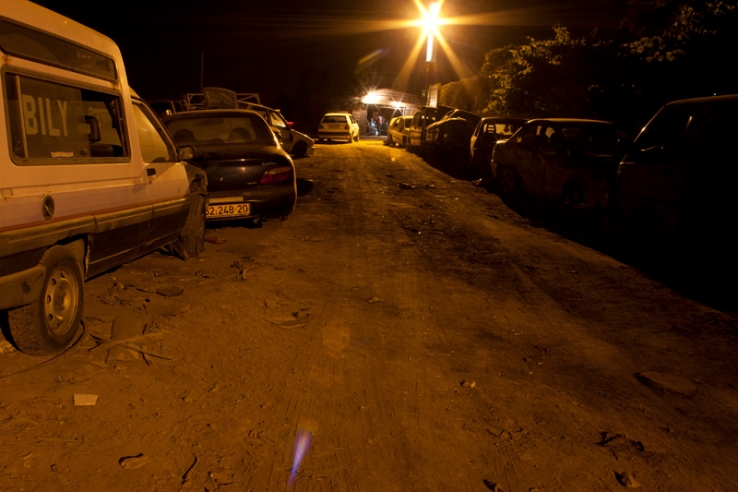 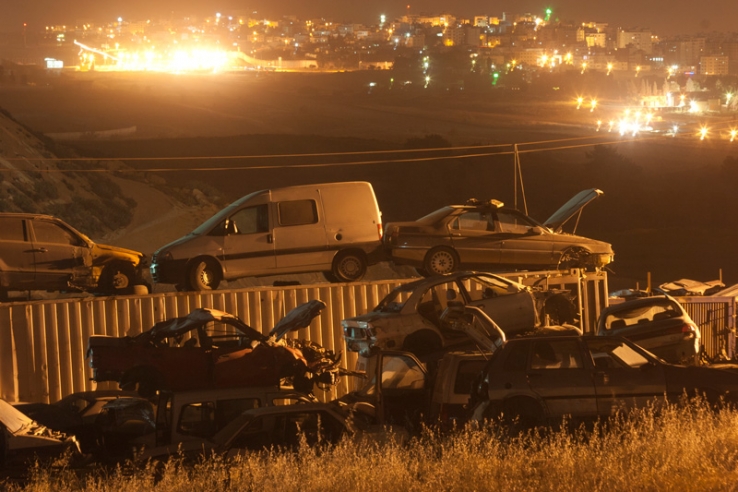 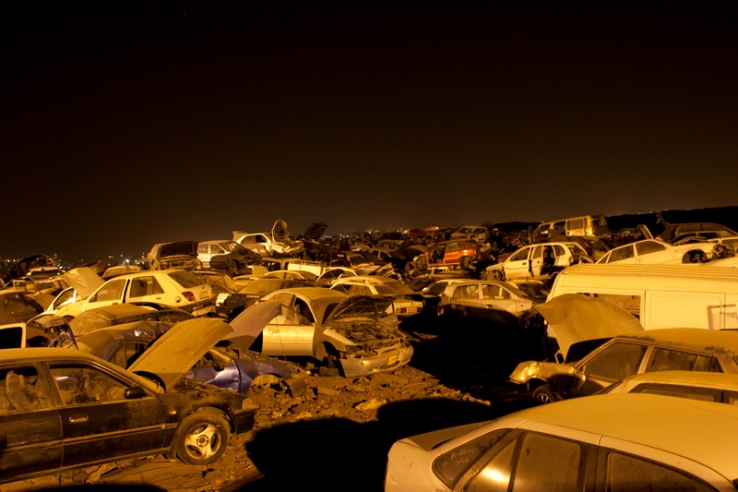 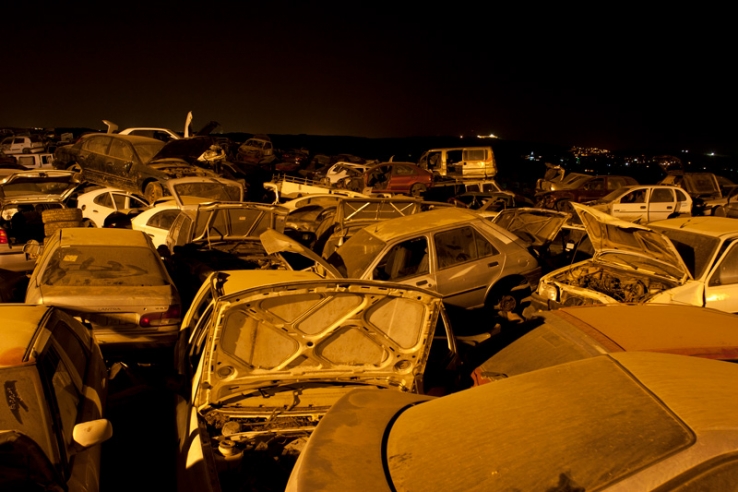 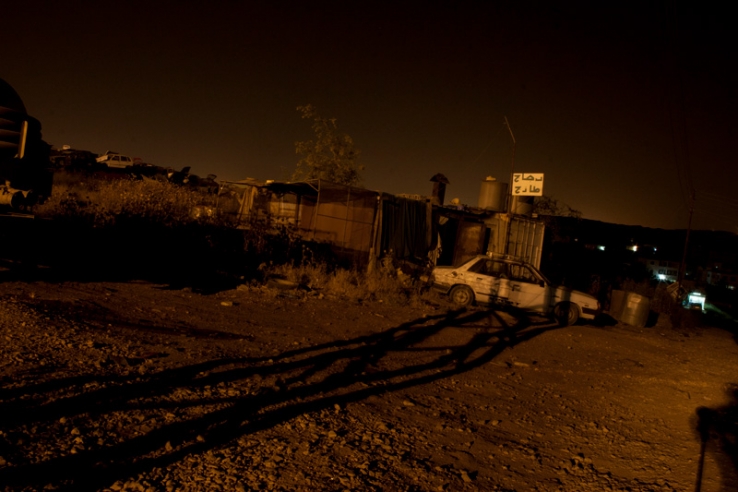 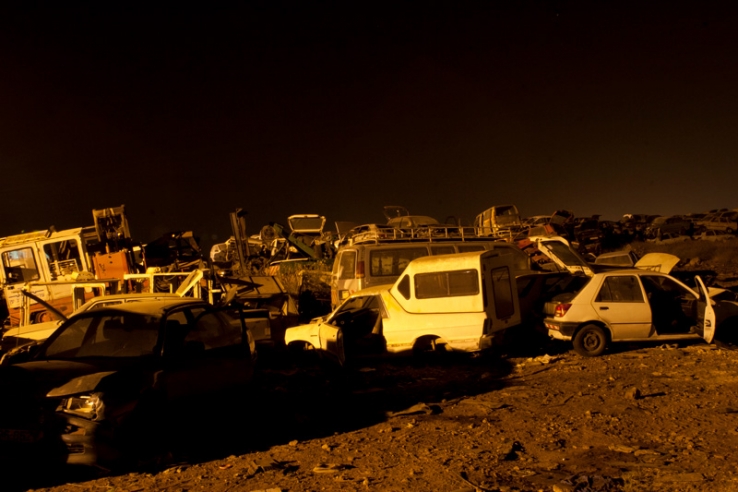 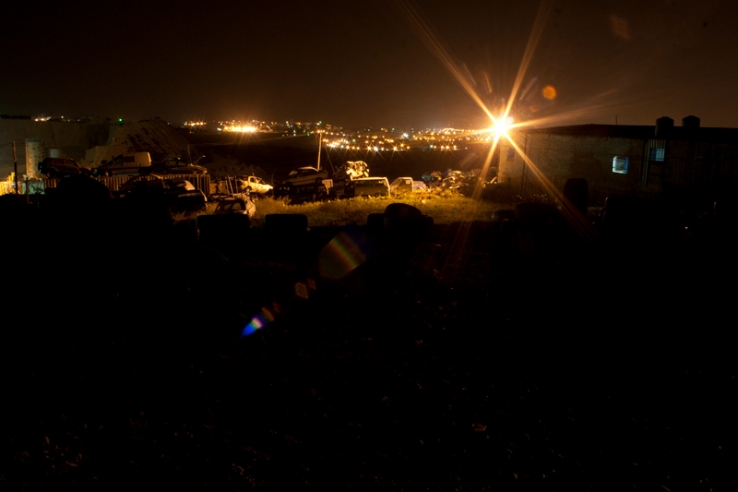 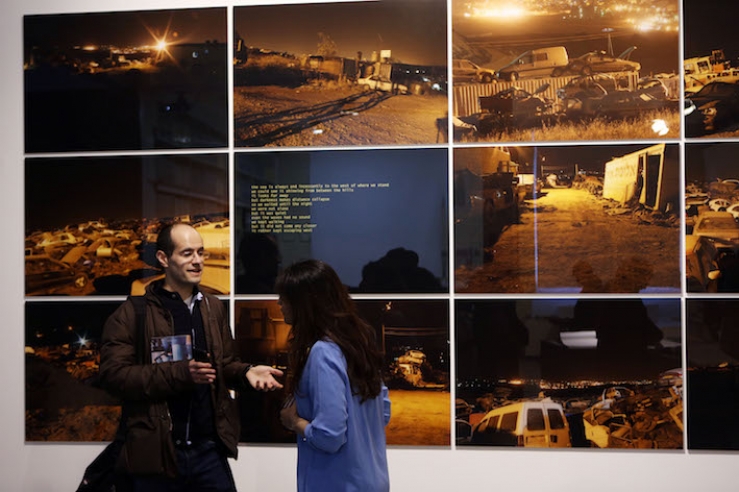